Released in November 2002 and recorded on August 31, 1970, this Jimi Hendrix posthumous album has seemed to electrify a lot of fans that were waiting for the star of the show to come out.  With over 400000 people in attendance at the Isle of Wight Festival of 1970, there was a great feeling of seeing Hendrix publicly for the last time before he died a little over three weeks later.  Nonetheless, this album merits the quality of displaying the classic Hendrix songs: “Purple Haze,” “Hey Joe,” Voodoo Child (Slight Return),”and “All Along the Watchtower.”  However, excitement is not always fulfilled in this album since it could kind of get somewhat tiresome.  “Red House” is overly used up, as Hendrix tries to put the nuts and bolts together to make a smooth track that the train can ride on.  Heck this song should have been played for only 4 minutes instead of 11 minutes.  Why?  Quite frankly, he could have made time to play two other songs that were  very big in his career of playing at concerts. “The Wind Cries Mary”recorded on the first album “Are You Experienced” of the Jimi Hendrix Experience band, and “Star Spangled Banner” that was a true performance moment at the 1969 Woodstock Festival.  Still, this album does deserve a grade just for argument sakes that this true artwork will not entirely put an individual to sleep. {B} 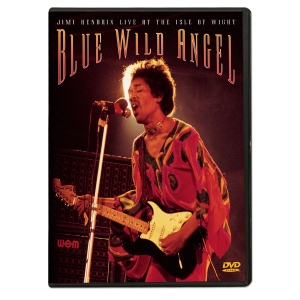 The relationship between Beyonce and Rihanna have been strained since there has been some rumors that Rihanna and Jay-Z were cheating.  For the full story, read the article.

Mark David Chapman, the famous individual who was responsible for shooting Beatles guitarist John Lennon was denied parole just recently.  He has a shot of getting parole again in two years.

The famous R&B singer is expected to take a plea deal in his assault trial.  A hearing was set for Friday, but was instead rescheduled for Tuesday.  Chris Brown is on trial after he allegedly punched a photographer in downtown Washington DC back in 2013.  Here is the full story.

Ex Dream Theater drummer Mike Portnoy was recently interviewed on the chances of playing with the prominent progressive metal band again.  Here is the full story.

Famous Aerosmith guitarist Joe Perry was recently interviewed on how he felt about teaching Metallica  to play “Train Kept a Rollin,” which he mentions about in his memoir titled “Rocks: My Life In and Out of Aerosmith.”  This song is one of the most famous songs of Aerosmith.  For the full story, here is the link.